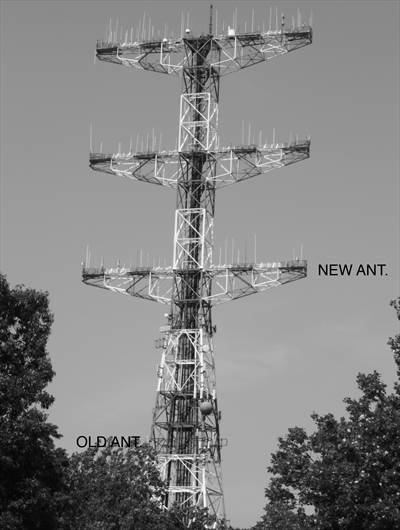 Big changes are coming to Fairleigh Dickinson University’s radio station, 89.1 WFDU-FM, this summer: WFDU will triple its program offerings, with a leap into HD radio and triple its coverage area, with a new, more powerful FM transmitter.

In a move funded entirely through listener support, WFDU will boost its signal strength from 650 watts to three kilowatts (3,000 watts) with a new transmitter and directional antenna. WFDU’s current antenna is located on the southwest leg of the historic Armstrong Tower. The new antenna will be installed much higher up, on the bottom southeast arm of the tower (see photo), and the combination of the new transmitter, antenna, and antenna location will more than triple the station’s coverage area as well as increase the potential on-air audience from 3.8 million to 8.2 million.

“I was part of the group who put the station on the air in 1971 and now, as general manager, lo these many years later, it’s my legacy to take the station to the next level,” says Barry “Duff” Sheffield, BA’74 (Metro). “The fact that listenership could easily more than triple on the FM band is a wonderful way to get our unique programming and the name of Fairleigh Dickinson University out to so many more people.”

With the signal increase, WFDU will be able to reach southern Connecticut, most of Long Island, and eliminate dead spots in New York City. The FCC is only permitting WFDU to extend its signal to the northeast, east, and southeast to prevent signal interference with stations on the same frequency to the southwest and northwest. 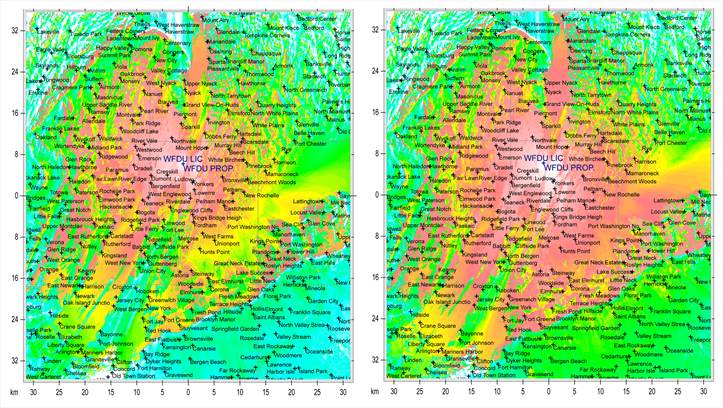 Above: WFDU’s coverage area will more than triple with its new transmitter and antenna as these maps demonstrate. At left is the station’s current coverage and at right is where WFDU’s signal will reach with the new equipment. (Maps courtesy of Communication Technologies, Inc.)

To complement the new reach of the terrestrial radio signal, WFDU will also triple its programming by broadcasting in HD radio. HD radio — which stands for hybrid digital, not high definition — allows stations to broadcast three digital streams in the same amount of space that the traditional analog radio signal requires. WFDU will simulcast the analog signal on HD1 and during the week, will offer similar programming with different hosts on HD2. On the weekends, jazz will fill the airwaves on HD2 while HD3 will be devoted to classical music all the time.

The new HD channels will follow WFDU’s successful model — shows that are narrowly-focused on specific music niches, rather than the common commercial radio model of generalized formatted music.

“When you tune into WFDU, you don’t get a single format like hot hits or classic rock, you get a potpourri of different things in a block format. ‘Eclectic programming’ is what we call it,” says Sheffield. “Our music shows range from pop oldies and classic country to doo wop, to salsa, to gospel, to blues. Our knowledgeable hosts are also the key to entire WFDU experience. We are a family of volunteer DJs and loyal listeners who have provided us with a huge record-breaking February, 2015 fundraising campaign! We’ve become very successful because avid fans tune into music shows on this radio station like they do with TV programs: They enjoy a particular show and then jump to different channel for another show.

“We’re going to go head-to-head with the most popular jazz and classical radio stations in the country. To compete with them, we will zero in on specific niches — a show on ‘40s swing, one for ‘50s bebop, etc., rather than a general jazz format. Same philosophy will apply to our classical channel; we will have tightly-focused shows on different kinds of classical music and opera,” continues Sheffield. 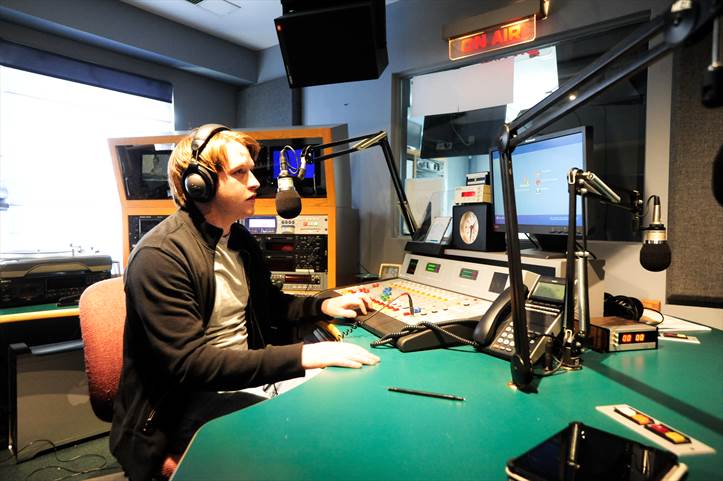 The launch of the new HD channels will coincide with the new antenna and transmitter. The necessary equipment should be in place by late May or early June and following FCC-mandated testing, the signal increase and HD channels will go live in the summer. Additional online audio streaming, show archiving on-demand and new smartphone apps will follow the programming on the new HD channels.

The signal increase and addition of the HD radio streams come on the heels of WFDU’s recent jump to iHeartRadio and 24-hour slate of programming.