Tom joined Honeywell in 1983 as a Sales Representative; he has held numerous leadership roles of increasing responsibility and complexity, including Sales Manager, Sales Director, Branch Manager, Education Market Sales Leader and Energy Retrofit Services Group Leader where he had great success in driving growth and profitability of the HBS business.

In 1999 he left Honeywell to lead a start-up operation and built that business from upstart stage to $2.5M annual revenue over a four year period.

Tom is an adjunct instructor at Fairleigh Dickinson University in the Division of Continuing Education, Petrocelli College and Silberman College of Business where he teaches courses in project management. He is a past adjunct instructor in business administration at Montclair State University. He holds a Bachelor’s Degree in Public Safety Administration from William Paterson University and a Master’s Degree in Business Administration from Fairleigh Dickinson University. Tom is Six Sigma – Green Belt Certified and has received customized training in leadership development from the University of Southern California. 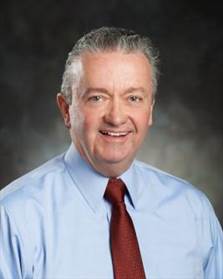