Originally trained as an Arts Council Trainee Director at Watford Palace Theater in England, he went on to become a Resident Director with the highly acclaimed Glasgow Citizens Theater, followed by two seasons as an assistant director with the Royal Shakespeare Company. He was then appointed Artistic Director of Watford Palace Theater, a major regional theater just outside London, where he stayed for seven years. His West End credits include three world premiers by Simon Gray: Spoiled, Molly and Stagestruck starring Alan Bates. In 1985, he moved to the US when he was appointed Artistic Director of New Arts Theater in Dallas until 1988, since which time he has guest directed at many of the leading US regional theaters including: Oregon Shakespeare Festival (Arcadia), California Shakespeare Festival (Henry 1V, Part 1), Long Wharf Theater (Molly), Alliance Theater, Atlanta (Master Harold and the Boys), Cincinnati Playhouse in the Park (Notebook of Trigorin, the world premiere of Tennessee Williams’ adaptation of The Seagull starring Lynne Redgrave,  Barrymore ,Dracula,), Alabama Shakespeare Festival (Hamlet, Arms and the Man, Henry 1V, Part 11, Sisters Rosensweig, Merry Wives of Windsor, Hay Fever, Pittsburgh Public Theater (Absurd Person Singular) and the world premiere of Dancing in the End Zone starring Elaine Stritch at the Coconut Grove Playhouse in Miami.

In New York, he has directed In the Summerhouse for Manhattan Theater Club, The Philanderer and Fallen Angels at the Roundabout Theater, Blithe Spirit at the Pearl Theater, The Libertine on Theater Row, Private Battles, The Pagans and  Greek Holiday at the Abingdon Theater Company. He also directs regularly for the American Academy of Dramatic Arts and is on the selection committee for American students auditioning for the Royal Academy of Dramatic Arts in London. He lives in Manhattan and has been the Theater Program Director at Fairleigh Dickinson University in Madison, NJ since 2002. 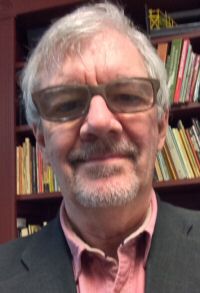