Director of Development of Athletics

Sean Morrison, a veteran of more than two decades as an administrator in development, marketing, alumni affairs, and sports media relations, has joined NJIT as Director of Development for Athletics in June 2016.

As NJIT’s Director of Development for Athletics, Morrison will be a staff member of the University Advancement Division, reporting to the Associate Vice President for Constituent Relations and working closely with the Department of Athletics through Lenny Kaplan, Assistant Vice President/Director of Athletics. He will be responsible for designing and implementing a comprehensive development effort for intercollegiate athletics.

“I’m excited to have someone with Sean’s experience join our staff,” commented Lenny Kaplan. “Sean has spent most of his career in this region, doing exactly what we need. And he can hit the ground running when he joins us.

“With a new league (Atlantic Sun Conference, since July 1, 2015) and new building ($100 million on-campus Wellness and Events Center, under construction and targeted for 2017 opening) on the way, the expected  level of success (for NJIT athletics) has also risen.

“Sean has proven record of successful fundraising, an area that directly impacts our student-athletes, and I am looking forward to working with him to achieve our goals.”

Morrison, a 1993 graduate of Seton Hall University, began his administrative career at his alma mater, serving as Assistant Sports Information Director, before going to Marist College in Poughkeepsie, NY, for six years, beginning in 1996. He held several titles within the Marist Department of Athletics and served as Director of Alumni Affairs for Marist from January 2001 through August 2002.

He returned to New Jersey in 2002, joining the staff at Fairleigh Dickinson University and he has been FDU’s Associate Athletics Director-External Affairs since May 2006.

In his position at Fairleigh Dickinson, he managed the development, planning and implementation of a comprehensive giving program for FDU’s NCAA Division I athletics programs.

The principal duties of his position were to work with the Office of University Advancement and the University’s Athletics department in creating programs that foster greater giving to FDU Athletics. Among his many accomplishments was securing gifts and stewarding development of the Naimoli Family Baseball Complex on FDU’s campus in Teaneck, NJ.

When he joined the staff at Fairleigh Dickinson in 2002, Morrison was Assistant Athletics Director for Development and Marketing, responsible for marketing, corporate sponsorships, coordinating special events, the annual fund and overall cultivation of support for the Knights’ 19-sport Division I athletics program.

While working at Fairleigh Dickinson, he earned a Master’s of Sports Administration in May 2010.

He resides in Washington Township, NJ, with his wife, Donna Schules, and their children Erin, Sean, and Meaghan. He is also the uncle of Dana Schules, who will be a fourth-year member of the NJIT women’s soccer team in 2016. 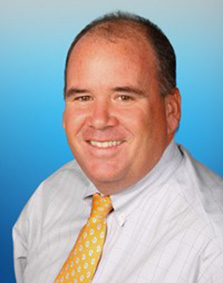