W. Scott Giglio has over a decade and a half of experience in public relations and focuses on traditional media relations, connecting reporters to subject matter experts, while contributing writing and photography.

After joining the university in 1999, he moved on to his current role as the Assistant Director of Public Relations for the university in 2006. Scott writes press releases and feature articles for www.fdu.edu and contributes to FDU Magazine, and views his main responsibility as promoting the good news of the university.

Scott’s first job at FDU was as Director of Sports Information in the Division III athletic department at the Florham Campus. For seven years, he conducted the public relations for the Devils teams, kept and managed statistics, produced game programs and media guides, maintained archives, and contributed to the athletics website.

Scott holds a master’s degree in Administrative Science from Fairleigh Dickinson University and B.S. in Sport Management from DeSales University. 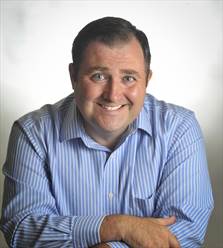