I am a core member of the Literature faculty on the Florham campus, specializing in the older literatures of Britain, Ireland, and their neighbors. Altogether I have studied some 18 languages, half modern, half ancient or medieval.

- Certificate in Teaching English to Speakers of Other Languages, Harvard University

- A.B., French, Princeton University (with certificates in Medieval Studies and Theater and a thesis in Creative Writing)

Along with the stuff in the sidebar, I am general editor, with K. Sarah-Jane Murray, of a National Endowment for the Humanities-funded team translation of the Ovide moralisé (Moralized Ovid), an anonymous fourteenth-century French poem that tries to show - in no less than 72,000 lines! - how the Greco-Roman myths of Ovid's Metamorphoses are secretly compatible with Christian truth. It's a hugely influential piece of work that has never been translated into any modern language, until now.

I'm also the general editor of the Celtic Publications Series at Fairleigh Dickinson University Press. If you are looking to place a book on a Celtic topic, I'd love to hear about it.

You can find out more about my research here.

At FDU I've taught College Writing, some World Lit surveys, and upper-level courses in Literature including Irish Literature, Myth and Sacred Texts, World Folk Literautre, Medieval Literature, and Chaucer. I also teach The English Language (LITS 3301), which is the closest thing we have to a linguistics course. I've taught French as a regular course, and Irish and Latin as independent studies.

Currently I am the advisor to Sigma Tau Delta, the English Honor Society, and director of our unique graduate program in Creative Writing and Literature for Educators.

Editor of Coire Sois, The Cauldron of Knowledge: A Companion to Early Irish Saga by Tomás Ó Cathasaigh (University of Notre Dame Press, 2014) 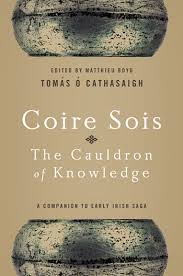 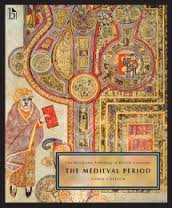 Here are other things I've published. 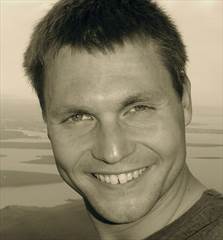