Horace is an internationally recognized law enforcement, homeland security and leadership expert. He is an accomplished and energizing motivational speaker, trainer, lecturer, leadership consultant and recognized broadcast news and media contributor. He currently serves as a Senior Vice President and Chief Security Officer for a national security firm based in metropolitan New York City.

A twenty-eight-year veteran of federal, state and local law enforcement, he ascended to the Senior Executive Service (SES) rank in the United States Department of Justice where he managed local, regional, national, and international investigations. In this role, he worked in every state in the United States and many foreign countries. Horace has received commendations and awards from governors, mayors, congressional representatives and corporations.

He is an advisory board member for the New York-based Federal Enforcement Homeland Security Foundation (FEHSF), President of the 100 Black Men of New Jersey, immediate past president of The National Organization of Black Law Enforcement Executives (NOBLE) NNJ, and a member of numerous other professional organizations. He is also a consultant for The Hetty Group, a social impact advisory practice.

In 2009, Matthew founded The Horace Foundation Endowment for Criminal Justice Studies at Delaware State University in memory of four university students who were slain in a Newark, New Jersey school yard.

He is passionate about “Mentoring for A Lifetime” and engaging and challenging individuals and groups to “Start From Where They Are To Get To Where They Are Going.”

He is an adjunct professor at Farleigh Dickinson University, a proud member of PHI BETA SIGMA Fraternity and recently co-authored a book titled The C.A.L.L. The Amazon best seller is an anthology of short stories written by black men focused on inspiring young men.

His second book, COPTICS, “The Optics Of  Policing In The Digital Age” will be released in 2017. 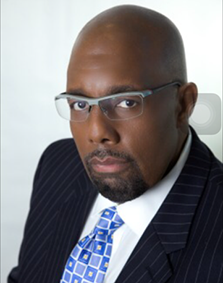