Lloyd Ultan was born in The Bronx in 1938 and lived his entire life there. He went to local public schools and graduated from Hunter College in The Bronx and Columbia University, majoring in history. He is a Professor of History at Fairleigh Dickinson University and also taught a course in the history of The Bronx from 2004 to 2011 as an Adjunct Professor at Lehman College of the City University of New York. Since 1996, he has also served in the appointed government position of Bronx Borough Historian.

Considered an authority on the history of The Bronx, Lloyd Ultan has appeared on several television and radio talk shows and in television and radio documentaries in the United States, Britain, Canada, Germany and Hong Kong. He is often quoted in the metropolitan and local newspapers. He has lectured widely on the subject and also leads walking and bus tours of historic areas within the borough of The Bronx.

Lloyd Ultan has authored or co-authored eleven books on various aspects of the history of The Bronx. They are:

In addition, Lloyd Ultan has authored over 1,100 articles, both of a scholarly and of a popular nature, about various aspects of the history of The Bronx. They appeared in several anthologies and in The Encyclopedia of New York City and The Encyclopedia of New York State, in such journals and magazines as The Bronx County Historical Society Journal, New York Alive, FDU Magazine, and Bronxboro, and in such newspapers as Daily News, Bronx Press-Review, Bronx Press, Riverdale Review, 161st Street Community and Business News and Norwood News. 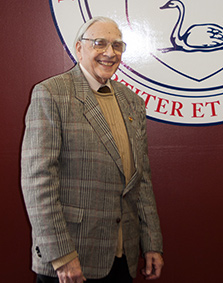