Chief Hummel joined the Adjunct Faculty of Fairleigh Dickinson University in September of 2005. Chief Hummel is the former Police Chief and Emergency Management Coordinator of Voorhees Township, located in Camden County, New Jersey. He first started with the Voorhees Police Department in 1980, progressed through all of the department’s ranks and held assignments in the Operations Division, the Administrative Services Division, and the Internal Affairs Unit during his career. In 1998, he was appointed to the position of police chief and maintained that position until he retired in the summer of 2012.

Chief Hummel holds a Bachelor of Arts Degree in Law/Justice from Rowan University and a Masters Degree in Administrative Sciences from Fairleigh Dickinson University. He attended the FBI National Academy (201st), the New Jersey State Chiefs of Police Command and Leadership Program, and the Center for Management Development at Rutgers University. 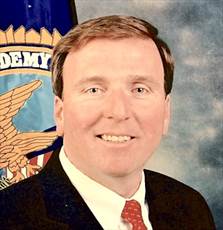