Jennifer Quirk has been working at Fairleigh Dickinson University for 17 years. She began her employment as an advising counselor and has worked her way up to now being the Associate Athletic Director for Compliance and Academics. She is responsible for the adherence to NCAA, NEC and university policies and regulations as well as oversees the Office of Academic and Student-Athlete Support Services’ staff.

In 2003, Quirk began teaching courses in University Core (freshman seminar) and later added courses in the School of Art and Media studies and the Sports Administration program. Her instruction interests include interpersonal communication, sports media, sports ethics and career development/placement of those within Sports Administration.

A native of LaGrange, Indiana, Quirk received her bachelor's degree in Communication/Sport Management with a minor in Recreation Management from Bluffton College (now Bluffton University) in 1997. She was a four-year member of the women's tennis team at Bluffton where she earned four straight All-Conference honors and participated in and developed NCAA CHAMPS/Life Skills programs. In her senior season at Bluffton, she was named the Kathryn E. Little Female Athlete of the Year. She went on to earn a master's in Kinesiology with a concentration in College Student Personnel and Athletic Administration from Indiana University in 1998. She also served as an associate instructor at Indiana while earning her degree.

Quirk is a member of the National Association of Academic Advisors for Athletics (N4A) where she has served on the Executive Board and numerous committees for the organization. 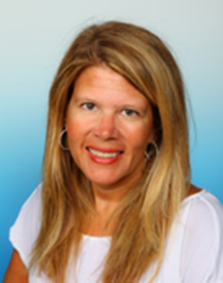