Janet O'Neil is the graphic design program coordinator in Fairleigh Dickinson University's Visual and Performing Arts Department.  Prior to FDU, she was the graphic design coordinator at Sussex County Community College and taught at William Paterson University and Chubb Institute.  Janet was a web design team leader at B2B Galaxy, an internet startup, where she led a team of 5 designers and web developers.  Her mission is to help students develop a strong skillset of designer tools, while finding purpose in their careers and in helping others with their talents. Janet has worked in the field of corporate education and has designed numerous web sites for both large and small companies in New Jersey and New York. Her paintings have been showcased in several New Jersey exhibitions and galleries and she is currently working on licensing her art for commercial use.   Her hand in the design program at FDU has helped it to grow into a recognized program that focuses on both skill and creativity. 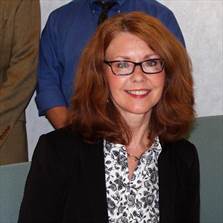