I can usually be found in my office on the Vancouver Campus. Contact information is on the left and a brief biography is on the right. Below are some of my publications. My research is largely on that hazy category "late modernism" but includes popular culture, modernism, and various national literatures. I'm currently at work on a monograph about the overlaps between late modernism, fantasy fiction, and anarchism, A Modernist Fantasy: Modernism, Anarchism, and the Radical Fantastic, as well as the collected works of Edward Taylor Fletcher (a 19th century Canadian poet) and a follow-up collection of Lawrence Durrell's prose, From A Winter Journal. My teaching and research more generally include the following:

I also edit the annual "American Literature: The Twentieth Century" chapter for The Year's Work in English Studies. On the Vancouver campus I teach courses in ENGL, ENWR, HUMN, COMM, and UNIV.

ABSTRACT: Gifford's invigorating work of metacriticism and literary history recovers the significance of the "lost generation" of writers of the 1930s and 1940s. He examines how the Personalism of anarcho-anti-authoritarian contemporaries such as Alex Comfort, Robert Duncan, Lawrence Durrell, J.F. Hendry, Henry Miller, Elizabeth Smart, Dylan Thomas, and Henry Treece forges a missing link between Late Modernist and postmodernist literature. He concludes by applying his recontextualization to four familiar texts by Miller, Durrell, Smart, and Duncan, and encourages readers to re-engage the lost generation using this new critical lens. Scholars and students of literary modernism, 20th century Canadian literature, and anarchism will find a productive vision of this neglected period within Personal Modernisms.

ABSTRACT: Best known for his novels and travel writing, Lawrence Durrell defied easy classification within twentieth-century modernism. His antiauthoritarian tendencies put him at odds with many contemporaries aesthetically and politically. However, thanks to a compelling recontextualization by editor James Gifford, these 38 previously unpublished and out-of-print essays and letters reveal that Durrell's maturation as an artist was rich, complex, and subtle. This edition promises to open up new approaches to interpreting his more famous works.

ABSTRACT: This critical edition of the 1923 state of Hemingway's In Our Time is the first of three volumes for each major state of the text. Few writers have shaped the style of twentieth century prose as did Hemingway, and it all began with the "vignettes" in The Little Review, which have been largely unavailable for scholars and entirely out of reach for classroom use. Hemingway's related "They All Made Peace - What Is Peace?" from the same issue is also included. The editions are released in Canada under a Creative Commons 3.0 unported license for free use and modification.

ABSTRACT: This critical edition of Hemingway's 1924 version of in our time is the second of three volumes for each major state of the text. Few writers have shaped the style of twentieth century prose as did Hemingway, and it all began with the "vignettes" of in our time, which have been largely unavailable for scholars and entirely out of reach for classroom use. The editions are released in Canada under a Creative Commons 3.0 unported license for free use and modification.

ABSTRACT: This fine edition revives Fletcher's 1889 long poem The Lost Island, written in Victoria, British Columbia. Produced at the Barbarian Press and using rich illustrations from with wood engravings by Peter Lazarus, the poem retells the myth of Atlantis while combining diverse mythic traditions from India, Scandinavia, and Europe in a landscape that reflects the West Coast of Canada. This edition attempts to fulfill Archibald Lampman's call in his 1893 review: "Let us do honor to such a poet, who has maintained a reserve so fine and so unusual, who has run so far counter to the clamorous custom of his age as to live out a long life in the tranquil life of books, wisdom and poetry."

ABSTRACT: In 1890, Oscar Wilde published the first version of The Picture of Dorian Gray in Lippincott's Monthly Magazine. After vociferous public responses, Wilde completed his revisions, expanding the novel by half again and adding his now famous "Preface" for what, in 1891, became the standard version of the novel. This leaves readers with two distinct versions of this literary masterpiece. This edition uses the British edition of the often overlooked 1890 printing prior to Wilde's expansions and expurgations. It also fills a gap in student-oriented publications of The Picture of Dorian Gray by making the 1890 instantiation of the novel available for classroom use. As an entirely electronic edition, it encourages a blended learning environment that privileges the text's accessibility and portability – students have access to a standard document with uniform pagination in a Portable Document Format as well as ePub formats for a range of mobile reading devices. The annotations to this edition generally assume an undergraduate reader without significant prior experience.

ABSTRACT: Theodore Stephanides was a polymath. He had an international reputation as a scientist (he was a medical doctor, a naturalist and an astronomer), but he was also a poet and a translator. Stephanides was born in India, but came to Corfu with his family as a child, and it was there, many years later, that he encountered the Durrell family, who moved to Corfu in 1935. Complete for the first time in Autumn Gleanings are Stephanides' memoirs of his meetings with Lawrence Durrell in Corfu, Athens and Egypt, in the years 1935–44, together with his last (and hitherto unpublished) collection of poems. Both the memoirs and the poems are, by turns, witty, perceptive, erudite and compassionate.

ABSTRACT: First published in 1937, two years after Durrell took up residence on the Greek island Kerkyra, Panic Spring broke with the realist tradition in 1930s novels and shows the young author's first attempts to extend High Modernist innovations in rural and personal landscapes. Cubist, surrealist, and imagist techniques merge with rural life and the peasant village that an international group of expatriates are led to by a curiously Pan-like boatman. Unavailable for seven decades, this new edition of Panic Spring shows Durrell's emerging passion for Mediterranean life and the Greek world as well as his first attempts to articulate a political-aesthetic direction distinct from his peers, George Orwell and W.H. Auden. Under the shadow of financial and political ruin, on the verge of revolution and war, the one chance summer depicted in Panic Spring will make readers reconsider the impetus and interests behind Durrell's late modernist masterpieces, The Alexandria Quartet, The Black Book, and Prospero's Cell.

ABSTRACT: This book collects the correspondence between Herbert Read and Henry Miller, ancillary writings by Read, and my extensive critical revision to the development and ideological underpinning of Anglo-American Surrealism. I also reconstruct the literary network that developed around both authors before and in the wake of the 1936 London International Surrealist Exhibition. Ancillary materials include Read's related poetry The End of A War and his critical work on Miller.

ABSTRACT: In 1989 some proclaimed the imminent universal triumph of a particular state form – the modern liberal state. Since then, others proclaim the imminent demise of the modern nation state under advancing globalization. Yet modern states continue to be formed – from the former Yugoslavia to the new East Timor. One thing is clear in these developments. Despite the global promotion of science and commerce, culture in various forms had and has a major if not central role in state formation, from ancient times to the present. The four volumes of Culture and the State address all these issues, and more. Organized around a set of flexible themes, the series considers the role of culture variously defined – high and low, elite and popular, local and global, historical and contemporary – in the creation, maintenance, transformation, and demise of states.

———. "Vassanji's Toronto and Durrell's Alexandria: The View from Across or the View from Beside?" The Journal of Commonwealth and Postcolonial Studies 15.2 (2008): 28-43.

James Gifford is Associate Professor of English in the School of the Humanities and University Core Director, Vancouver Campus.

I am Associate Professor of English in the School of the Humanities and Director of the University Core at Fairleigh Dickinson University – Vancouver Campus.

I recently completed Personal Modernisms: Anarchist Networks and the Later Avant-Gardes (September 2014) and a critical edition of Lawrence Durrell's prose, From The Elephant's Back (2015). My current monograph project, A Modernist Fantasy, relates late modernism, radicalism, and mass media genre fiction of the 1940s through 1980s. I am currently editing the Robert Graves and Aemilia Laraçuen correspondence, as well as a critical edition of the works of Edward Taylor Fletcher, a Nineteenth Century Canadian poet, philologist, and Surveyor General of Québec. I also prepared a scholarly edition of Oscar Wilde's 1890 version of The Picture of Dorian Gray in PDF and ePub in conjunction with a facsimile edition, all of which are released under a Creative Commons license for free non-commercial and non-profit use. A versioned edition of the 1890 and 1891 states is forthcoming through the Modernist Versions Project. My scholarly editions of Lawrence Durrell's novels Pied Piper of Lovers and Panic Spring were published by ELS Editions in 2008. I also completed a scholarly edition of the Henry Miller and Herbert Read correspondence (2007), which focused on anarchist influences on English Surrealism. 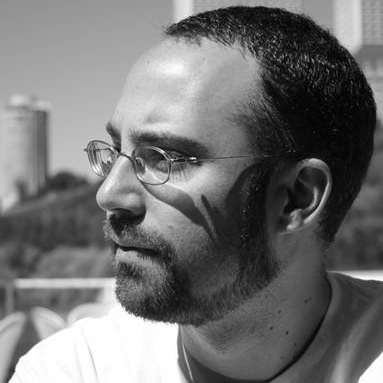