James F. Bruno, Sr. joined the Camden County Police Department in March of 2013. Mr. Bruno began his law enforcement career in 1991 with the Collingswood Police Department where he served as a patrol officer, corporal, detective and accident investigator. He was also a member of the Zone 1 Critical Incident Team for four years. In 2001, he joined the Camden County Prosecutor’s Office where he was initially assigned to the Major Crimes Unit. He was later transferred to the Homicide Unit where he spent almost six years investigating homicides and as the team leader for the Camden County Crash Response Investigation Team.

He has an M.A. in human resources training and development from Seton Hall University and a B.S. in law and justice from Rowan University. He remains a member of the Camden County College Police Academy physical training staff and is an adjunct professor at Fairleigh Dickinson University. 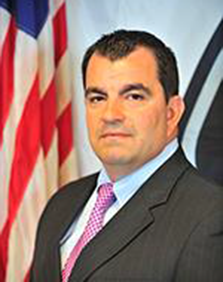