JR Pinto began his career as a filmmaker. After receiving a degree in Philosophy and Creative Writing from George Washington University, he wrote and directed the feature film, When I’m Thirty-Five, which was screened at the Director’s Guild of America as part of the OUTFEST series. He then spent several unremarkable years in Los Angeles working in the television industry before returning east to get his MFA in Creative Writing from Fairleigh Dickinson University. An inveterate traveler, he now teaches Travel Writing at FDU, which also colors his fiction. Wolf Mountain is his first published novel. 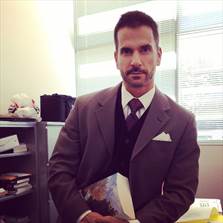