Francisco Parra, a native of Bogota, Colombia, and resident of Budd Lake, worked as Human Rights Defender in his native country until 1999

Due to the risks of his job in Colombia, Francisco left his homeland and came to the United States in February 2000 and was granted political asylum from the United States Immigration and Naturalization Service.

From 2000 – 2003, he worked as a volunteer at Wind of the Spirit, an immigrant resource group based in Morristown, NJ, where he learned about the struggles of the immigrant community in the United States. From 2002 – 2003, he served as a member of the Immigrant Rights Committee at American Friends Service Committee in New York City. Through his work with and commitment to this organization, he was appointed as a member of the Board of the Movement for Peace in Colombia, a non-profit organization, also based in New York City.

Francisco also served as a member of the following boards and community networks:

From April 2004 until August 2008, Francisco worked at Saint Clare’s Health System. He was a member of the President’s Council who, along with a number of colleagues, provided direct input to the President and CEO on issues related to employee satisfaction.

Francisco Parra is a Senior Lecturer/Assistant Director assigned to the Office of the Associate Dean Dr. Thomas Swanzey at Petrocelli College of Continuing Studies.

Francisco Parra is a Senior Lecturer, teaching courses in Business and History.Currently, he is pursuing his Doctor of Education with Specialization in Higher Education Leadership from Northcentral University. 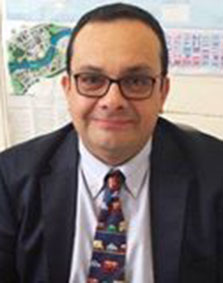