School of the Humanities

This absorption is reflected in my publications in the medieval journals Viator and Speculum, and in my book Sir Gawain and the Green Knight and the Order of the Garter (University of Notre Dame Press 2006). It continues in two book manuscripts, one on the medieval history of the words Britannia (Britain) and Anglia (England) and the other on poltical uses of Trojan and Arthurian material by the English conqueror-kings Edward I and Edward III.

My fascination with these topics has to do with growing up in Jamaica with English parents in the early years after that island's independence, where I saw a country emerge from its colonial rule by Britain. In short, I can't get enough of figuring out the medieval roots of Britain's sense of imperial mission: I regard that mission as itself a fiction, and the world we're living in today, terrorism and all, as the product of the fictions of today's imperial power, the USA, and of others. Fictions are powerful! Often deadly.

So you'll see that literature to me is no escape: I love it because it burrows into the most consequential parts of our lives, while, as language, being the source of intense pleasure.

Teaching took me by surprise. I thought I wanted to spend as much time as possible reading, doing research, and writing. But I've come to love teaching, which means my students here at FDU are a deep satisfaction. I have some faith that you can help to put the difficult and unstable globe the generations before you, including mine, have left you, onto new and better tracks. For that, education and its disciplines of thinking matter.

Life of the Mind

Perspectives on the Individual

Masterpieces of World Literature I and II

English Composition I and II 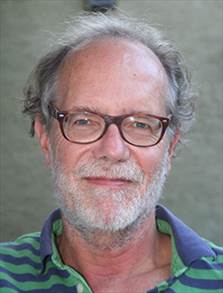