Emma Davis-Kovacs has been an adjunct instructor for Fairleigh Dickinson University since 2008. She has developed several nutrition education courses at both the Bachelors and Masters levels. She teaches courses in FDU's Master of Administrative Science and undergraduate classes in the Bachelor of Arts in Individualized Studies program. Emma is a member of the FDU Masters of Sports Administration degree Advisory Board.

After 33 years, Emma retired from her position as State Director of the Division of Food and Nutrition in the New Jersey Department of Agriculture in August 2010. Her Division oversees the delivery of services to preschool and school age children through the National School Lunch and Breakfast Programs, the Child and Adult Care Food Program, the Fresh Fruit and Vegetable Program, the Summer Food Service Program, the Special Milk Program, the After School Snack Program, and the School Commodity Program. Additionally, she was responsible for the distribution of federal commodities and locally grown nutrient dense farm produce to feed the neediest residents of New Jersey through the Emergency Food Assistance Program (TEFAP) and the Governor’s Hunger Initiative – the State Food Purchase Program. Recent initiatives in her Division include reconnecting the farm to the school with the goal of increasing availability of nutrient dense fresh fruits and vegetables to our school age population.

Emma played a key role in the development and implementation of the New Jersey School Nutrition/Wellness Policy in all New Jersey schools. One of the most comprehensive policies in the country, this Policy places New Jersey at the forefront of the campaign to combat childhood obesity and its’ associated health risks.

Emma served as the Executive Director of the United States Optimist Dinghy Association (USODA), the largest youth sailing organization in the country and in fact the world for over 3 years (2010 – 2014). Emma has been actively involved in the administration of Youth and Adult Sports Programs for over 35 years. She has been chairperson of several International, National and Regional sporting events some involving over 1000 people. She has become known world-wide as a designer of athlete appropriate nutrition for multi-day athletic events. As a member of United States Sailing she has been engaged in every aspect of event management from local competitions to Olympic campaigns.

She considers herself an advocate for the health and well-being of children and early in her career realized that there is a strong correlation between proper nutrition and success in school. Emma has worked continuously to improve the child nutrition programs in New Jersey and has been involved in regional and national matters which have contributed significantly to the nutritional well-being of the children of New Jersey and the nation. She believes that public policies can be the drivers of substantial change and continues to advocate for public policy that supports that mission with special emphasis on strategies that address the growing national problem of childhood obesity. 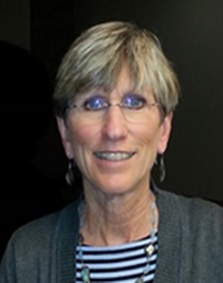