Dina Schipper oversees the Office of Public Relations and serves as the primary media spokesperson for the University. The University PR team is responsible for planning, executing and managing all aspects of media and public relations, web editorial and social media content development and crisis communications. The team also coordinates the public information efforts for the University’s polling center, PublicMind.

Before joining Fairleigh Dickinson University in 2009, Schipper was Director of Media Relations for Liberty Science Center where she led the strategic communications program for the largest science museum in the metropolitan region  for a decade.

Schipper holds a B.A. in Communications from Lynchburg College and a certificate in public relations and event management from New York University.

Dina Schipper oversees the Office of Public Relations and serves as the primary media spokesperson for the University. 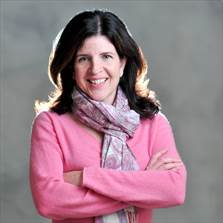