School of the Humanities

Dr. Shanafelt teaches courses in British and American literature of the seventeenth, eighteenth, and nineteenth centuries, focusing on the relationships among aesthetics, rhetoric, poetics, epistemology, and ethics across the development of modern conceptions of economics, race, and sexuality. She has published essays on philosophy and realism, representations of sex, and Gothic novels. She completed her Ph.D. in 2011 at the City University of New York Graduate Center with a dissertation on the aesthetics and rhetoric of realism in eighteenth-century literature and philosophy.

Carrie Shanafelt is an Assistant Professor of British and American literature at University College. She teaches courses in poetry, prose, and drama of the seventeenth, eighteenth, and nineteenth centuries. 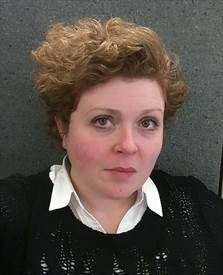