School of the Humanities: Spanish

Professor Velásquez was born in El Salvador but spent most of his life in Canada where he was educated.  He has an M.A. and Ph.D. from the University of Toronto and has worked at several Canadian universities, including U of T., McMaster and Guelph.  He specializes in Latin American Narrative Fiction with emphasis on Central America.  However, his teaching experience goes beyond his area of specialization. He has taught in both streams, Latin American and Spanish Peninsular Literatures and Cultures.  At FDU, he teaches all levels of Spanish, Literature and Culture.  He also teaches LANG courses in English with cross cultural content.  Professor Velásquez is the author of Las novelas de Claribel Alegría and of the first Canadian edition of Intercambios: Spanish for Global Communication co-authored with Canadian writer and scholar Stephen Henighan.

Dr. Velásquez is currently working on an anthology, a groundbreaking work on sexual diversity writing in Central America. Several of his academic articles and short stories have been published in journals in Spain, Latin America and the United States.

Some of my courses at FDU:

“Apply yourself to the study of the Spanish language with  all the assiduity you can. It and the English covering  nearly the whole face of America, they should be well  known to every inhabitant, who means to look beyond the  limits of his farm”  Thomas Jefferson, “Letter to Peter Carr” (1788)

Faculty of Spanish and other languages 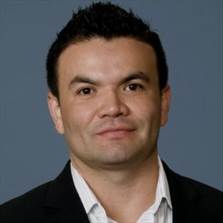