Alfred C. Laubsch, Jr. – Received his BS in Legal Studies from the University of Massachusetts at Amherst in 1991 and his MA in Criminal Justice from West Chester University in 1995. He has 20 years experience with Unemployment Insurance beginning as an Intermittent Claims Examiner in 1991. He was promoted to Claims Examiner in 1994 and to Quality Control Investigator in 1998. He was promoted to training technician in 2002 and then to Staff Manager over the 12 UI One-Stop field offices in the South UI Region in 2003. In that capacity he was the sole UI representative is the South UI Region during the One-Stop consolidation initiative.

He was promoted to Manager of the Camden Adjudication Center in December 2005, where he not only reformed a troubled office but also had transformed it into the most efficient and effective of the nine Adjudication Centers. In addition to being renowned for his skills at innovation, he has also been involved with the UI Modernization Initiative and its’ most recent incarnation, NUMOD.

He married his childhood sweetheart Lisa in 1995. They have been blessed with two beautiful daughters Amelia and Sarah and they live in Cumberland County. Since 2001, he has also worked as an Adjunct Instructor with Fairleigh Dickinson University teaching Bachelors-level courses in Leadership, World Literature, Ethics and US History, as well as Masters-level courses in Leadership and Public Administration. In addition to his teaching experience, he has also designed and developed courses in US History and Public Administration in both in-person and web based formats.

In addition to his occupations as a Civil Servant and as an Adjunct Instructor, he is also a Board Member of the Public Sector Managers Association (PSMA) and is the Business Manager of the International Brotherhood of Electrical Workers (IBEW) Local Union 30. Al was drawn to both PSMA and the IBEW based on his experiences as a Manager. As a primary author of their historic first contract, he is also a key negotiator of that contract with his employer, the State of New Jersey. In these capacities, he has and is continuing the fight against wage inequality as experienced by career managers in State Service. It is his hope that through his valuable labors with PSMA the IBEW that a positive change will be effected for all career service managers. 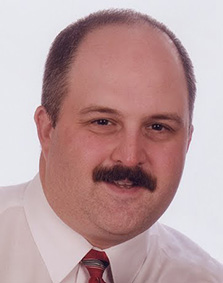