Admission and Academics at Wroxton College

Wroxton College is a campus of Fairleigh Dickinson University. The "Wroxton College Experience" is part of FDU's Study Abroad academic options. FDU students and who qualify may enroll, as well as students from qualifying institutions in the U.S. 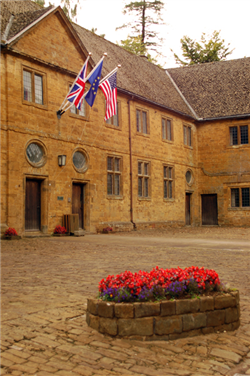 Wroxton College is a campus of Fairleigh Dickinson University. The Wroxton program is part of FDU's study-abroad program.

The requirements for entry into the Wroxton semester program are as follows: 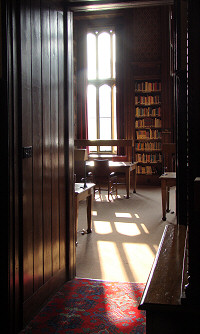 Wroxton College's educational methods and academic personnel are chosen to give students the best experience that Britain can offer. Courses are taught by the lecture, seminar, and tutorial method employed in British universities. The College offers a large number of courses in literature, history, political science, fine arts, core, and sociology. The College's own British teaching staff is supplemented by visiting lecturers from British universities.

All spring/fall semester students who attend Wroxton College for the first time are required to participate in a special 3-credit interdisciplinary program:

At Wroxton, students must select at least two courses from a list of required courses that draw upon the particular qualities of Wroxton's faculty and location and on the valuable links established between Wroxton College and major British institutions, including the Shakespeare Centre, the Shakespeare Institute (University of Birmingham), the Houses of Parliament, and the Royal Shakespeare Theatre. In addition, students select a maximum of three courses from a list designed to extend this range of material in specialized areas.

Have you thought about studying abroad at Wroxton College, the Fairleigh Dickinson campus in England, but a full semester just didn't seem possible? We understand the challenges of your academic schedule and commitments to family and work, and with that in mind, we organize a variety of short trips every summer. Our summer studies have substantial academic content but may be as short as week.

FDU Office of Admissions lists the Wroxton College Summer Study courses. Short-term Study Abroad this summer might be a great option for you! 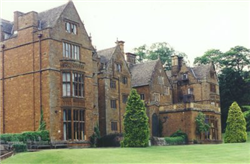 The academic environment of Wroxton is well suited to cater to students who wish to pursue independent studies within the various areas of expertise of members of the Wroxton faculty. The faculty is pleased to provide supervision and direction for such research. Independent studies may be pursued if they have been approved in advance by the Wroxton College director and the students' academic advisors. A student should submit to the Study Abroad Office the specific topics for his or her suggested independent study at the earliest opportunity. A wide range of topics can be pursued through independent study, including all fields of study that are, or can be, offered at other times as regular courses. A list of recent independent studies undertaken for credit by students at Wroxton includes The English Judiciary, The Police and Penal system in England, Watercolor Painting, Poetry, Creative Writing, and French.